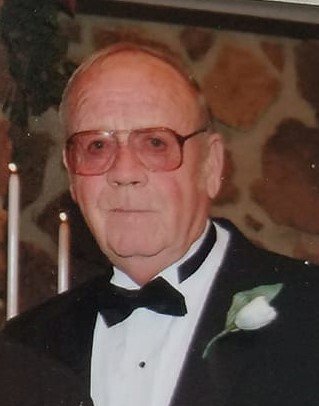 James R. Moore, 82, of Indianapolis passed away June 21, 2019.  James was born on June 11, 1937 in Indianapolis, IN to Robert and Margaret Moore, both preceding him in death.  Jim loved his family and enjoyed spending time with them including his dogs Cassie and Max.  He worked for the Indianapolis Power and Light Company for 35 years, retiring as a Service Lineman in 1997.  James was an avid fisherman and enjoyed vacationing with his wife, Charlotte in Lake Osakis, Minnesota.  He loved his country and served faithfully in the U.S. Army on the fire brigade.

Memorial contributions may be made in honor and tribute to James’ life to the Indy Metropolitan Military Honor Guard Inc, 9702 E. Washington Street, Suite 400 – 147 Indianapolis, IN  46229-2609.

Share Your Memory of
James
Upload Your Memory View All Memories
Be the first to upload a memory!