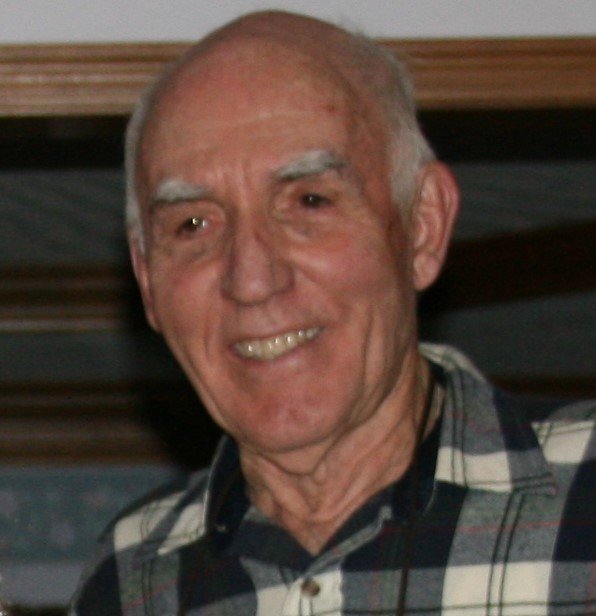 Ralph C. Rancourt passed away June 5, 2019, in Carmel, Indiana. He was born September 21, 1922 to Arthur and Clara (Pinet) Rancourt, in Waterville Maine. He lived a long and blessed life in which his Catholic Faith and family were most important. Mr. Rancourt proudly served in the Army Air Corp from 1942-1945, earning the rank of Master Sergeant as a Line Chief of a P51 squadron. Ralph worked for GM Allison Gas Turbine for 35 years, from 1947-1982, as a Process Engineer, Sheet Metal Foreman, and ultimately as General Foreman of the prototype Model Shop. He worked as an aircraft mechanic at Bob Shank Airport after WWII.  Mr. Rancourt loved all sports and particularly enjoyed watching the Colts and Notre Dame Football.  He helped coach his children’s teams and delighted in attending countless events of his children and grandchildren.  He played football and American Legion baseball during high school. Ralph enjoyed fishing, gardening, reading, and playing cards. He was a gifted artist in the medium of pencil drawing which he skillfully perfected during his retirement years and he loved sharing his growing knowledge and techniques through numerous exhibitions.  He also enjoyed ballroom dancing, crossword puzzles, history, and cooking.  Ralph is survived by his children, Theresa (Larry) Frey, James (Pat) Rancourt, Mary (Joe) Hunter, and Robert (Mary) Rancourt; sister Shirley (Stuart) Dexter; granddaughters Christine (Taylor) Hale, Laura Frey, Elizabeth, Veronica, Regina, and Claire Rancourt; great grandson Elijah Hale and great granddaughters Abigail and Naomi Hale; his good friend Yvonne Toombs whom he fondly named as his “guardian angel” and many nieces and nephews. He was preceded in death by his loving wife of 50 years, Agnes Catherine (Ley) Rancourt; son R. Joseph Rancourt; and siblings, Donald Rancourt, Christine Berard, Nathalie C. Rancourt, Jerome Rancourt, and Betty Clark.

Memorial contributions may be made to the Xavier Society for the Blind, https://app.donorview.com/Donation/DonationInfo?prm=oAlYnDQ4HhTGb6lyxcG-F5ICC6fB8llFK9GWUwWi4bNtLJ6RnzR3NynodHP1Szwf9_P9dU5THsylKhxdTR0WwnEPuzOQnuoBZjMyUYDRqyvSRYN1mtO-tbPb0NTu9H_UJ7DAfwBhN_m843EY6_HtO1omHmKEQs6A7DgVLAJi_2Jt_fNQXLd68xqqKzgemjPIk7TPp_I6SMls6vGMvzhEJ6dKPOvueD3bxSohQNEzEOsu-ZK0LuscE6DWB37o5vF-0, The American Heart Association https://www2.heart.org/site/SPageServer?pagename=donatenow_legacy&s_src=pmxsem19_legacy&gclid=CLm8rPLj1-ICFUu4wAodEh0PaQ, or St. Christopher Catholic Church, 5301 W. 16th St. Indianapolis, IN 46224.