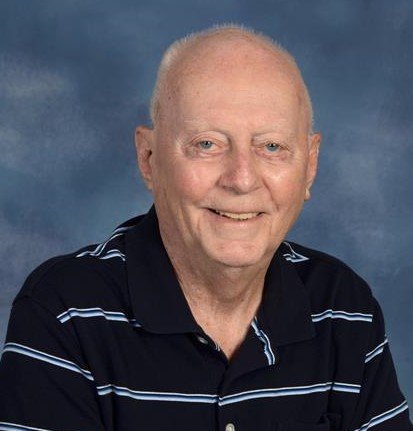 Get Directions
Monday
20
May

Get Directions
Monday
20
May

Ralph Hobbs, age 89, Speedway, Indiana passed away on Thursday, May 9, 2019 after a brief illness.  A Mass of Christian Burial will be held on Monday, May 20, 2019 at 1 PM at St. Christopher Catholic Church, 5301 W. 16th Street with visitation beginning at 11 AM. A rosary will be prayed at 12:30 PM.  Rev. Paul Shikany will offer the Mass of Celebration. Burial will be at Calvary Cemetery.

Ralph was born on March 29, 1930 in Indianapolis.  He graduated from Manual High School in June, 1947.  He received an Honorable Discharge from the United States Army Air force on October 21, 1949.  He was a carpenter by trade and worked for IUPUI in Indianapolis for 24 years retiring in April 1992.

Ralph was an active parishioner of St. Christopher Catholic Church since 1965. Ralph was a member of the Knights of Columbus Holy Family Council having become a Brother Knight in May 1956.  He was Grand Knight in the fiscal year 1964-65.  Ralph was also a dedicated volunteer for 38 years at the Richard Roudebush VA Medical Center assisting taking patients to Sunday Mass.  Ralph was also a long-time member of Speedway American Legion Post 500.