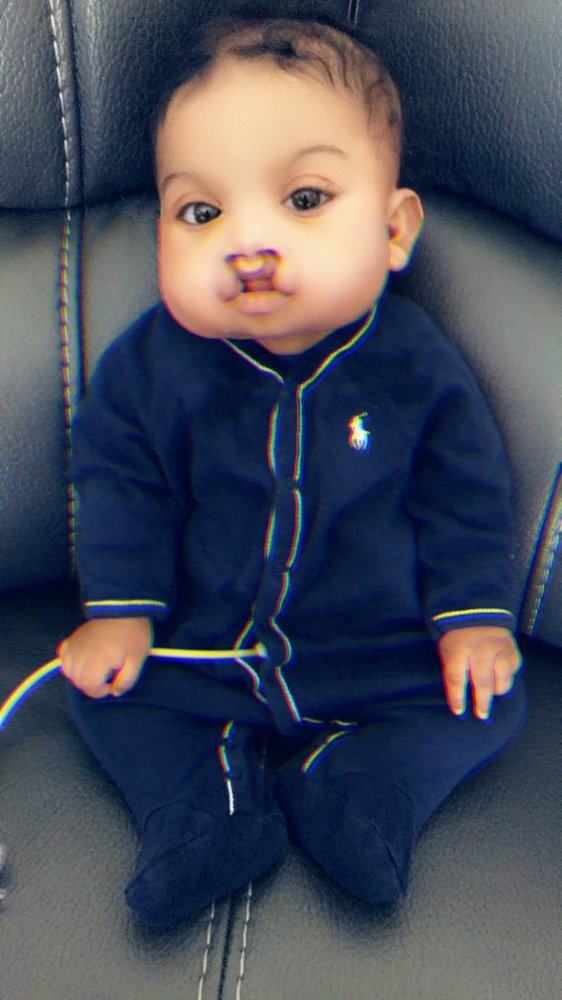 La’Troy London Spence, 6 months, passed away on April 21, 2019. La’Troy was born on September 26, 2018 to Dian Clayton and Ajeé Spence. La’Troy was a sweet and happy boy even with having two heart surgeries by the time he was only 3 weeks old. His other challenges included being born on a breathing tube and which was how he was fed, but regardless he continued to thrive. La’Troy barely ever cried and was always happy, he was at the stage of discovering the movement of his hands and enjoyed watching them as he moved them. His mother always knew when he was tired for a nap, La’Troy loved at nap time to play with his mother’s face and feel her love beside him. La’Troy was an observant little boy and loved to play with toys that made noise and while going to sleep he also enjoyed listening to the soft music and watching the light that casted out to the ceiling from the music box. La’Troy loved getting his hair washed or head rubbed and in fact the only thing he didn’t like was face tape or oxygen on his face. He always slept soundly, but if you woke him out of his sleep, he would give you a crazy look out of the corner of his eye. La’Troy was an angel who always smiled in his sleep. May his memory be eternal, may he rest in peace.

Share Your Memory of
La'Troy
Upload Your Memory View All Memories
Be the first to upload a memory!