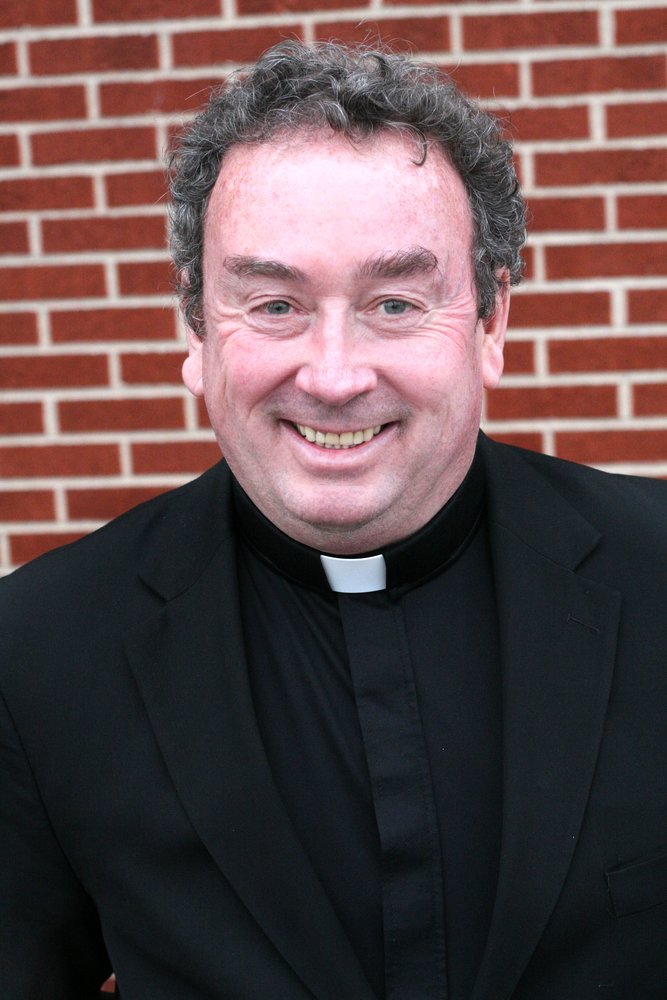 Please share a memory of The Reverend Father Glenn L. to include in a keepsake book for family and friends.
View Tribute Book

The beloved Father Glenn O'Connor passed away peacefully on March 15, 2019. He was surrounded by his loving family after fighting a courageous battle with cancer.  Glenn was born July 6, 1952 in Washington D.C. to the late Glenn and Eileen (Hughes) O'Connor.  After moving to Indianapolis, he attended St Matthew's grade school, the former Latin School, and then entered the seminary at St Meinrad. He was ordained a priest on May 17, 1980 and began his service to the priesthood as Associate Pastor at St. Gabriel's in Connersville. His service to the church next took him to St. Simon in Indianapolis.  He then moved to St. Philip Neri and served as pastor until 1991.  In 1991 he became pastor at St. Joseph and St. Ann's, where he served for 21 years.  While at St. Joseph’s, he co-founded Seeds of Hope, a home for women recovering from drug and alcohol addiction. In 2016, he received the Jefferson Award for his service and commitment to Seeds of Hope.   Since 2012 he has served as Pastor at St. Susanna in Plainfield. He was beloved by both parishioners and students of the school. In addition to his parish duties, he served as Catholic Chaplain at The Indianapolis International Airport, Chaplain of The Ancient Order of Hibernians, Chaplain for the Indiana Department of Corrections, and was one of the spiritual directors of Cursillo.  One of Glenn’s life-long passions was auto racing. He served as Catholic Chaplain for IndyCar Ministry and became known as the "Priest in the Pits". In addition to serving as Chaplain to the IndyCar series, Glenn enjoyed working on several Indy racing teams.

Glenn was most Christ-like in the way he took care of the marginalized. He never judged and always allowed second, third, and if necessary fourth chances when helping people overcome a myriad of challenges.

Glenn made the most of each stop in his life journey, impacting the lives of thousands in very positive ways.  Regardless of his intense schedule, he always delivered birthday presents to each one of his more than 80 relatives.  He is survived by his siblings Maureen (Rod) Guimont, Kathy (Joe) Flynn, Thomas (Patty) O'Connor, Timothy (Dede) O'Connor, Sean (Chris) O'Connor, Mary (Bob) Jubak, and Molly (Ted) Hoying. Glenn had 25 nieces and nephews, and 29 great nieces and nephews.

Visitation will be on Friday, March 22nd at St. Susanna Catholic Church in Plainfield from 12-7pm followed by a vigil service at 7pm.  Visitation at 9:00am followed by the Funeral Mass at 11:00am will be celebrated by Archbishop Charles Thompson on Saturday, March 23rd at Saints Peter and Paul Cathedral, 1347 N. Meridian St., Indianapolis 46202.

In lieu of flowers, please make memorial contributions to St. Susanna Catholic Church, 1210 E. Main St. Plainfield, IN 46168 and/or Seeds of Hope, 1425 S. Mickley Ave., Indianapolis, IN 46241. Online donations may be made at www.saintsusannachurch.com and www.seedsofhopeindy.org.

The live video of the funeral Mass of Father Glenn O’Connor will be broadcast at www.archindy.org/streaming.

Share Your Memory of
The Reverend Father Glenn L.
Upload Your Memory View All Memories
Be the first to upload a memory!
Share A Memory